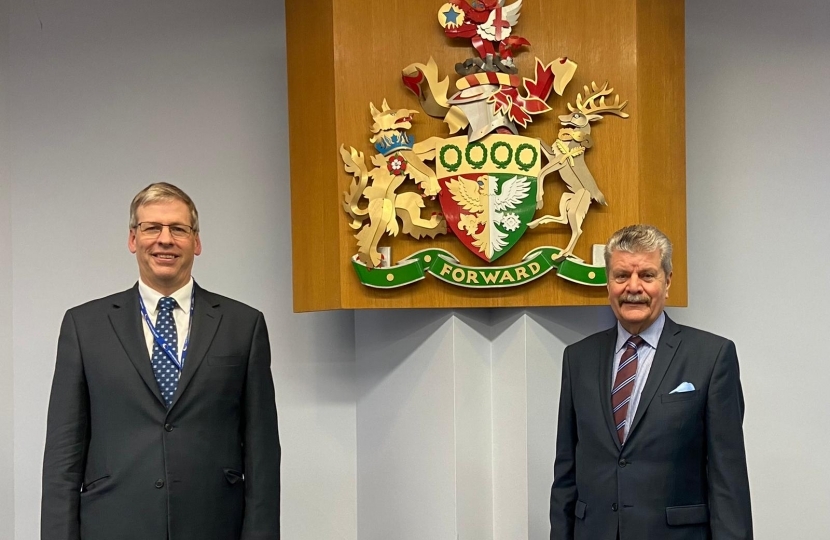 Conservative Councillor Ian Edwards has been elected the new Leader of Hillingdon Conservative Group of Councillors. The group of 43 Conservative councillors held an Extraordinary meeting earlier this evening to elect a new Leader following the announcement from Cllr. Sir Ray Puddifoot in November this year that he will be standing down as Leader.

Following Ian's election, Chairman of Ruislip, Northwood and Pinners Conservatives, Peter Smallwood said: "I'd like to offer my warmest congratulations to Ian on his election as the leader of the Conservative Group on Hillingdon Council. It is fantastic to have one of our councillors leading the council."

Upon being elected, Cllr Edwards said: “I am deeply honoured to be elected by my fellow colleagues and to be given this great opportunity to continue our policy of ‘Putting Residents first’, a message that resonates with so many across our Borough.  I will now begin to assemble a team that will continue delivering on resident priorities and all the services they value, during these challenging circumstances, before then striving to implement new ideas to their benefit.

I would also like to place on record my thanks and appreciation to Sir Ray who has done a brilliant job over the past 20 years in leading our group and Hillingdon Council. He will be greatly missed by all of us and on behalf of the Conservative Group and residents across Hillingdon we wish him and his family the very best for the future.”

Cllr Edwards has been a Councillor in Hillingdon since 2014 and currently represents Eastcote & East Ruislip ward.  He has held a number of positions of responsibility within the Council, including having been Chairman of the Central & South Planning Committee and Chairman of the Social Care, Housing & Public Health Policy Overview Committee.  Prior to being elected he was a Borough Commander in the Metropolitan Police.

Two Years On: Delivering on our Promises

Two years on, we have delivered for Britain. Here's a list of some of our top achievements.