Nick is the former MP and was elected Conservative MP for Ruislip, Northwood and Pinner in May 2010.

Nick Hurd was appointed Minister of State at the Northern Ireland Office on 26 July 2019. He has also been Minister for London since 14 November 2018.

Previously, Nick served as the Minister for Civil Society from May 2010 until July 2014, during which time he led the work on setting up the National Citizen Service and Big Society Capital. He was a Minister in the Department for International Development from November 2015 until July 2016, where his portfolio included climate/environment, and leadership of the Energy Africa campaign. From 12 June 2017 to 25 July 2019, Nick also served as Minister of State for Policing and the Fire Service.

In 2016, Nick won the Green Ribbon Parliamentarian of the year (MP).

Nick is married and has 6 children. Nick studied at Eton College before graduating from Oxford University. He spent 18 years in business, including 5 years representing a British bank in Brazil. He has been a trustee of the Greenhouse Schools charity and currently serves as a governor of Coteford Junior School.

Ruislip, Northwood and Pinner Conservatives would like to thank Nick for his years of dedicated service. 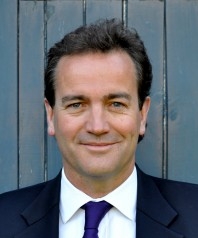