John’s political interests are particularly in the fields of Children in Care, Education, Policing and all aspects of Health provision in the Borough and the wider community.  John is particularly interested in the scrutiny role of a Councillor bringing his long expertise as a Criminal Barrister to bear on the practice of holding public office holders and professional to account.  Currently john is also Chairman of a Working Group looking into the provision of GP and primary care services in the Borough.

John is a Peer mentor with the LGA on issues concerning Corporate Parenting, Policing and Health issues and has undertaken many reviews with and for other Authorities.  Among his other interests are Lecturing and public speaking to varied audiences both in his professional career and in his political life.

We hold monthly surgeries on the first Saturday of the month at the Manor Farm Library.

If you’d like us to hold one in your street please let us know.

Click on the link below to read the full issue of InTouch for your area. 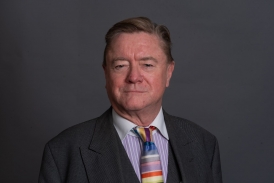