Conservative Candidate for Mayor of London

I am proud to call London my home. I grew up on a council house in Ladbroke Grove, worked as a youth worker and now serve Londoners on the London Assembly.

London is a city of opportunity, innovation and culture, but today our city is facing record levels of crime under the current Mayor. We need a plan to make London safe again. My plan is to deliver more police, get knives of our streets, stop gang crime and toughen up on violent crime.

I know knife crime. I’ve had a machete pointed at me during my time as a youth worker. I’ve seen a boy bleeding out on the pavement after he was stabbed outside my office.

The current Mayor is failing Londoners.

As a youth worker I saw how politics has failed so many of the city’s young people. Crime levels are continuing to soar in London and the Mayor is standing by idly.

Enough is enough. I’m tired of waiting for a Mayor who never acts. If the Mayor won’t act, then I will. We need to pull London together to stop a devastating outcome and #MakeLondonSafe. 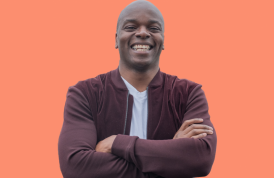